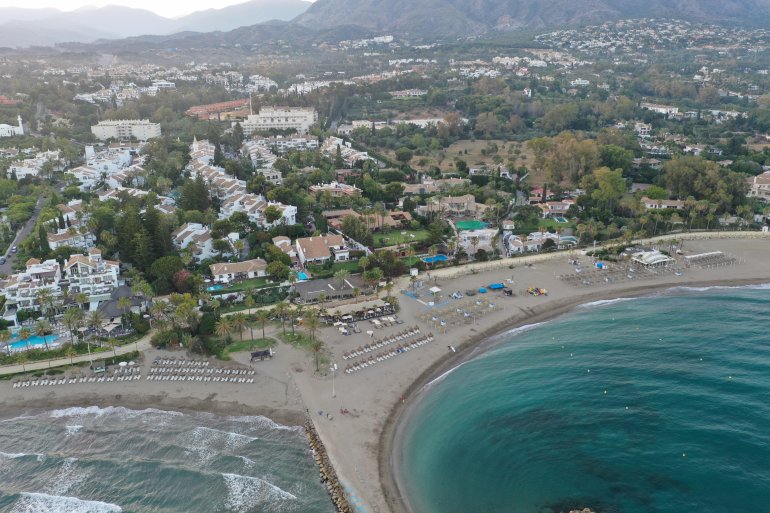 The Golden Mile is a 6 km long strip of land that stretches from the Western way out of Marbella, until Puerto Banus.

This name Golden Mile was coined in the mid 90’s, as the recognition of the amount of wealth, luxury, glamour, and therefore price of real estate, concentrated on this piece of land.

Its origin dates back to the 50’s when the Spanish Prince Alfonso von Hohenloe opened a luxury Hotel which is still there, The Marbella Club Hotel.

In the 60’s world famous stars like Sean Conery, Brigitte Bardot and many others started to flock to the place, together with millionaires, artists, politicians, sport personalities… Other 5 stars hotels were built, like the Puente Romano, whose name is due to the remains of an old Roman bridge dating back to the 1st Century AD.

Now the Golden Mile is one of the most luxury tracts of real estate in Europe.
There you find exclusive villas, luxury apartment buildings, trendy restaurants, lounges and clubs like Nobu, Olivia Valere.

The pedestrian promenade along the seaside is one of the longest in Europe, with lots of beach clubs and beach restaurants along the way.

Owners page
Add your property
How does it work?
Visuals
Pricing
0% Commission